Book Description...
A tiny, ebullient Jew who started as America's leading liberal and ended as its most famous judicial conservative. A Klansman who became an absolutist advocate of free speech and civil rights. A backcountry lawyer who started off trying cases about cows and went on to conduct the most important international trial ever. A self-invented, tall-tale Westerner who narrowly missed the presidency but expanded individual freedom beyond what anyone before had dreamed. Four more different men could hardly be imagined. Yet they had certain things in common. Each was a self-made man who came from humble beginnings on the edge of poverty. Each had driving ambition and a will to succeed. Each was, in his own way, a genius. They began as close allies and friends of FDR, but the quest to shape a new Constitution led them to competition and sometimes outright warfare. SCORPIONS tells the story of these four great justices: their relationship with Roosevelt, with each other, and with the turbulent world of the Great Depression, World War II, and the Cold War. It also serves as a history of the modern Constitution itself.

About the Author...
Noah Feldman is the author of four previous books: The Fall and Rise of the Islamic State (Princeton University Press, 2008), Divided By God (Farrar, Straus, and Giroux, 2005); What We Owe Iraq (Princeton University Press, 2004); and After Jihad (Farrar, Straus, and Giroux, 2003). In 2003, he served as senior constitutional advisor to the Coalition Provisional Authority in Iraq, and subsequently advised members of the Iraqi Governing Council on the drafting of an interim constitution. Esquire named him among seventy-five influential figures for the 21st century and New York magazine designated him as one of three top "influentials in ideas." He is currently a professor at Harvard University, a contributing writer for the New York Times Magazine, and an adjunct senior fellow at the Council on Foreign Relations.

My Review...
A well-written and fancinating overview of the times, politics, and personalities of four of America's most liberal judges. Well worth reading!

(Thanks to Hachette Book Group for my review copy.)
Posted by Barb Davis at 8:41 AM No comments:

Lies The Government Told You 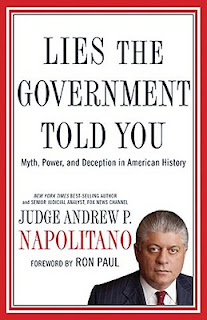 Book Description:
What new crisis will the federal government manufacture in order to acquire more power over individuals? What new lies will it tell?

Throughout our history, the federal government has lied to send our children off to war, lied to take our money, lied to steal our property, lied to gain our trust, and lied to enhance its power over us. Not only does the government lie to us, we lie to ourselves. We won't admit that each time we let the government get away with misleading us, we are allowing it to increase in size and power and decrease our personal liberty.

In acquiescing to the government's continuous fraudulent behavior, we bear partial responsibility for the erosion of our individual liberties and the ever-expanding federal regulation of private behavior. This book attacks the culture in government that facilitates lying, and it challenges readers to recognize that culture, to confront it, and to be rid of it.

I found the book to be an interesting take on the relationship between government and citizens. Having said that, I did take exception with Judge Napolitano's gratuitous criticism of the Constitution when he stated "many Americans, including the Founding Fathers, recognized that it was wrong, in a way, makes us even more responsible for the crimes committed against the African-American race." Who is "us"?

In fairness to the Founders and the Constitution, the reality of the world in which it was created must be acknowledged. Never the less, Fredrick Douglas said that the Constitution "paved the road to abolition...." In other words, it was actually an anti-slavery document. Instead of a work producing shame and quilt, the Constitution should be looked upon with deep reverence, gratitude, and respect.

Lies The Government Told Us contains seventeen lies Napolitano feels we have been told. All Men Are Created Equal; Every Vote Counts; Your Body Is Your Temple; It's Only A Temporary Government Program; I'm From the Government, and I'm Here to Help; We Are Winning The War on Drugs; and America Has a Free Market are some of those he discusses in detail.

All in all, Judge Napolitano's book is a good read. I recommend it to anyone, irrespective of political persuasion. 4 stars****

(Thank you to Thomas Nelson for my review copy.)
Posted by Barb Davis at 9:43 AM No comments: 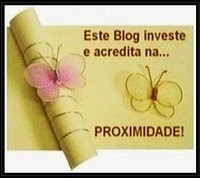